Kamei Museum is an institution run by the Kamei Foundation for the Promotion of Social Education, opened on Sepetember 7, 1994.

The Kamei Museum was opened in September 1994 as an activity by the Kamei Foundation for the Promotion of Social Education (then Incorporated Foundation and currently Public Interest Incorporated Foundation), which was established to commemorate the 90th anniversary of the founding of Kamei Corporation, a Sendai-based trading company, with the aim of contributing to the local community by promoting culture and the arts.

On display are butterflies from around the world that Bunzo Kamei, the third president, collected over the years, traditional kokeshi, which are cultural assets of the Tohoku region, collected by Shogo Kamei, the fourth president, and a number of paintings and sculptures that have left a significant mark on art history. Through the museum exhibitions, we hope to convey the importance of preserving the natural environment and understanding the culture of the Tohoku, as well as to widely offer cultural, intellectual nourishment through contact with art.

The name of the museum was changed from Museum of Kamei Collection to Kamei Museum of Art in November 2011.

Butterflies from all over the world, expressive kokeshi, paintings, and sculptures
The beauty of life created by nature and the world of art designed by humans

Introduction to the Museum 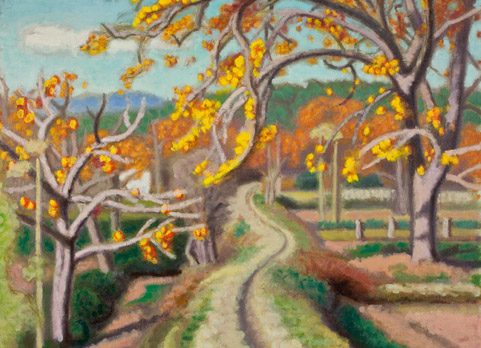 The painting collection consists mainly of landscapes and portraits by the pioneers of modern Japanese painting: Chuu Asai, Ryuzaburo Umehara, Sotaro Yasui, Kazumasa Nakagawa, Tsuguharu Fujita, and Ryohei Koiso, among others. There are also works of artists who were part of the art movement at the beginning of the 20th Century, such as: Maurice de Vlaminck, Georges Rouault, and Raoul Dufy. 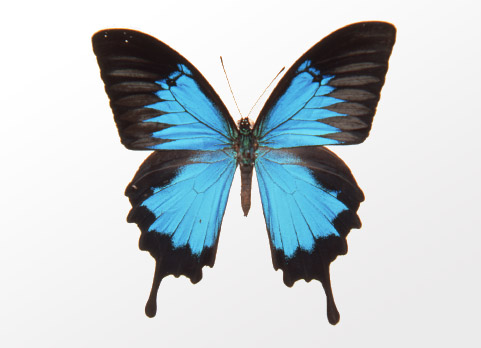 The museum exhibits 14,000 butterfly specimens from all over the world, organized by region. Bunzo Kamei, the founder/head of the foundation, collected these butterflies over more than 60 years. The collection includes rare species, as well as the biggest and the smallest butterflies in the world. Other exhibits include a beetle exhibit with 1,300 beetle specimens, including the Hercules Beetle, and an art exhibit called “Uchu-Sanka,” a work that uses countless butterfly wings from over 100 spieces to express the universe. 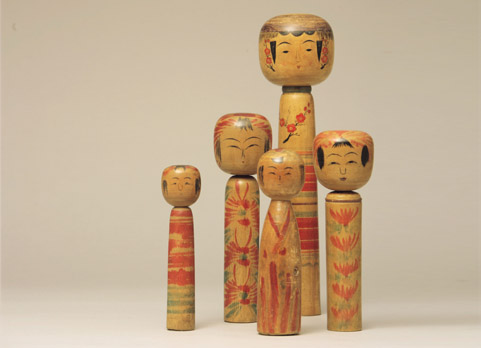 Kokeshi is unique to the Tohoku region, with each kokeshi representing a distinct feature of the region. The museum mainly exhibits the collection of the foundation’s director, Shogo Kamei. The main kokeshi in the collection are from the pre-war period (between the 1910s to the early 1930s) made by famous kokeshi artisans. There are also excellent kokeshi by artisans who carry on the tradition today.

Charmed by Butterflies for Half a Century

When I was a young boy in junior high school, I would take my insect cage and butterfly net and spend all day running around the hills and fields. Many butterflies inhabited the hills of Shiogama, where I was born and raised. I learned that different species have different traits, and I was drawn in by the charm of butterflies.

Today I still chase after butterflies on my days off, exploring the nearby hills and fields. When I arrive home, I eagerly prepare the butterfly specimens I have caught.

I have also traveled abroad many times in search of butterflies. The jungles of Southeast Asia are a treasure trove of butterflies, but I have had many scares from the hazards there, such as malaria, tigers, and leeches. I will never forget the elation I felt when, after such hardships, I was able to collect a longed-for butterfly in those places.

Sendai, also known as the “City of Trees,” is a large city with unusually verdant streets. However, the surrounding natural environment has recently deteriorated and the flora and fauna are in bad shape. These changes inspire me to re-examine just how essential the abundant blessings of nature are to our lives.

I hope that seeing the butterflies exhibited here will be the first step for children to become more familiar with nature and that they will be inspired to help to protect and nurture flora and fauna.

My history with Kokeshi

Kokeshi are unique to the Tohoku region, and people say that woodworkers first made them during the Bunka-Bunsei period (1804-1830) in the late Edo period. When I was a child, the locals used to call them “kiboko,” and they were common toys found in any household. After the war, when I visited my uncle, who lived in a lacquerwork house in Naruko, I met two kokeshi artisans. They told me about the hardships of woodworkers who traveled from one place to another, and their stories touched my heart. Also, my respected friend, Yoshimitsu Doi, gave me a book called “Kokeshi, Hito, Fudo” (by Tokio Shikama) and this book was another reason I became enchanted by kokeshi. For fifty-some years since then, kokeshi have fascinated me, and I collected kokeshi from before and after the war. Kokeshi pieces are found across the six prefectures of Tohoku and they have distinct patterns and expressions in each area. They use a minimum amount of space to express the old faces, culture, and natural features of the Tohoku people. They are our proud cultural assets of Tohoku. Here, I exhibit a part of my collection. If visitors can experience the wonderful appeal of kokeshi, I would be happier than I could ever hope for.

September 7th, 1994
“Museum of Kamei Collection” opens to the public

November 10th, 1995
The Miyagi Prefectural Board of Education grants a “Museum” registration

May 26th, 1998
The Ministry of Education recognizes that the museum meets Article 2 “Desirable Standard” of the “Standard of private museums in enriching the learning opportunities of young people.”

April 1st, 2012
Kamei Foundation for the Promotion of Social Education is registered by the Sendai Legal Affairs Bureau as a Public Interest Incorporated Foundation.